Why be restricted to the data in your demographics? What if you could access data from virtually any offline source, including point-of-sales (POS) systems, trade show scanners, event registrations and more? With Goolara Symphonie, you can. Goolara Symphonie's Offline Events feature lets you pull data from virtually any source, and create custom tables to store that data. Define as many columns as you want, as well as their data types, and create as many different tables as you need. 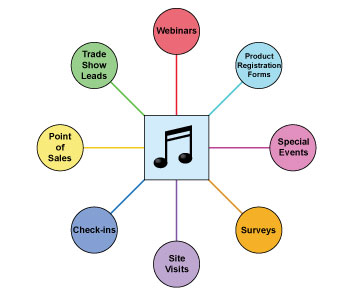 Keep track of data such as purchases made, shopping cart information, webinars scheduled, whitepaper downloads, or anything else you want. You are in complete control of the tables and columns created, so you can store whatever data you need. Use the feature with our API for a more real-time approach to data management. Combine it with Symphonie’s powerful Automation features for even greater responsiveness and control.

The Offline Event is created entirely within the interface, so no IT staff is required, and no extra charges are assigned for use of this feature. The ability to pull additional data into your email marketing software from outside sources is an extremely powerful feature, but the interface makes it easy for anyone to use.

The Offline Events feature works hand-in-hand with Symphonie's Automated Workflow. Its Digital Automation feature lets you look at any data in a custom table as well as your recipient demographics and act on the information as you wish. The only real limitation is your own imagination. Check out the Automated Workflow page for more information on this powerful feature.

The ability to pull additional data into your email marketing software from outside sources is an extremely powerful feature, but the interface makes it easy for anyone to use.

For a better idea of how the Offline Events feature works, here are examples, that demonstrate two possible uses for the feature.

Here’s an example of how the Offline Events might work with purchase data. Subscriber Jane Wright has made several purchases at the store recently. This data can be used for targeting purposes (segmentation) and/or to change the content of a message (dynamic content). Here are some examples that would capture Jane: 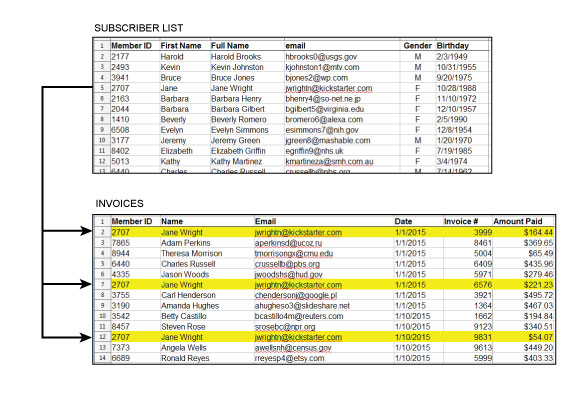 Here's an example of how the Offline Events might work with a database of actual events—in this case, a series of webinars. Subscriber Kevin Johnston signed up for all four webinars, but only attended two of them. Symphonie can use this information to send follow up mailings for the webinars he attended, or queries as to why he did not attend the others, or you could use dynamic content to personalize the email contents based on which webinars he attended. 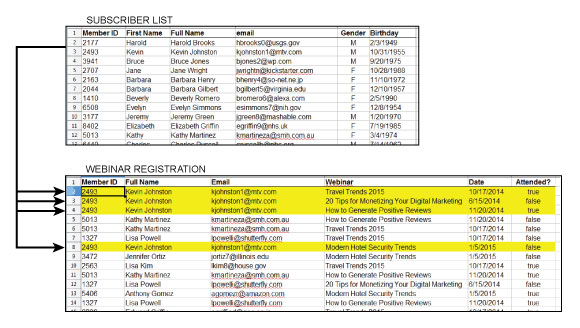 Here are some examples of use: 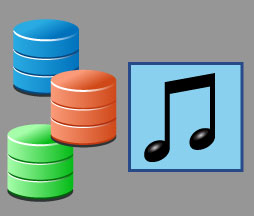 There are few email marketing tools more powerful than the combination of custom tables and automation. 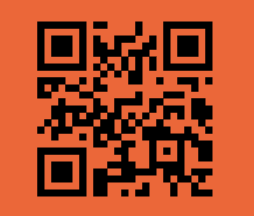 If you are using point-of-purchase data in your mailings, have you considered personalized coupons with dynamic barcodes? 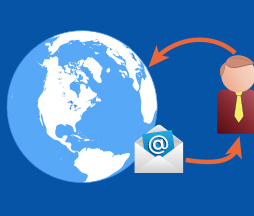